Last summer, I met a girl with beautiful eyes reading a book in Washington Square Park. A few days later, as I was waiting at the train station near my hometown, I bumped into her again. She was taking a day trip with some of her coworkers out to Long Island. I was heading back into the city for a day of summer fun. I told my dad about the incident and he remarked how he’s always in disbelief when things like this happen. Running into someone you know in a city of millions of people. I told him that I actually didn’t think it’s that remarkable to run into someone you know, and that the odds would actually be much higher than he would expect.

Sure, if the question is:

What is the probability that you run into this specific girl from the park the next time you're in the city?

Yes, the odds are low.

But, if the question is simply:

What is the probability that you run into any person you know the next time you're in the city?

I think the odds are actually much higher than we might think.

And this is really the question that’s worth asking, because running into anyone you know gives you that rush of serendipity!

So, what is the probability of running into someone you know in New York City?

Well, it’s just 1 - the probability of not running into anyone you know.

For our calculation, let’s just stick to Manhattan and leave out the rest of the boroughs.

To be conservative, we’ll assume that the people you know are uniformly distributed throughout the city. In actuality, you and your social network probably spend much more time in similar areas of Manhattan (maybe it’s East Village, maybe it’s West Harlem). So by assuming a uniform distribution, we’ll actually be lowering the probability that you run into someone you know in our model. If there are $p_k$ people in the city that you know and there are $p_t$ total people in the city, then for any person in the city drawn at random, there is a $\frac{p_k}{p_t}$ chance that you know them and a $1 - \frac{p_k}{p_t}$ that you don’t know them (assuming that the people you know spend a similar amount of time in public as complete strangers).

We’ll take it that each event of running into someone is independent. It’s kind of like pulling marbles out of a bag with replacement (you can run into the same person on the street more than once). If you pass $p_p$ people throughout your day in the city, what is the probability that you don’t know any of them? It’s: $$(1 - \frac{p_k}{p_t})^{p_p}$$

Filling out the Variables… feel free to change them!

$p_t$: How many people are in Manhattan?

It actually varies a lot depending on the time! In 2012, Ross & Qing (a) at the Rudin Center for Transportation Policy and Management found that “it serves approximately 4 million people on a typical weekday, 2.9 million on a weekend day, and a weekday night population of 2.05 million.” Let’s choose the worst case scenario and say there are 4 million people that are in the city when you show up, which would make it the most difficult to run into people you know.


$p_k$: On a random day, how many people that you know do you expect to be in Manhattan?

A good way to think about this is:


$p_p$: How many people do you pass by during a day in Manhattan?

This is the trickiest variable and is affected the most by how you spend your day and where in Manhattan you are. Lucky for you, I’ve already done the hard part, pulled out my iPhone, and recorded myself walking in different parts of the city to get an estimate of the rate at which people enter your visual field. We’ll make the assumption that if someone you know enters your visual field, you’ll recognize them. 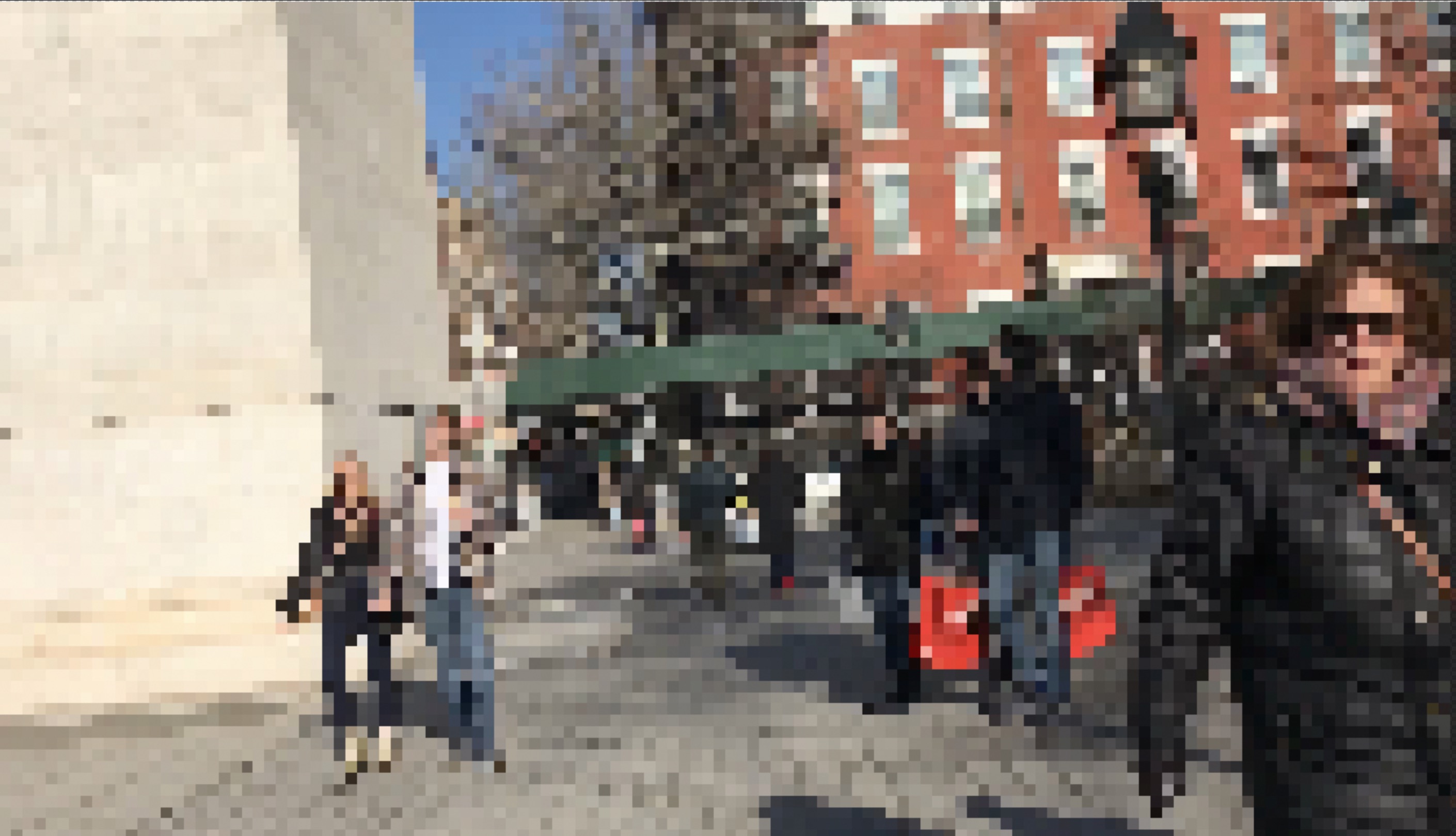 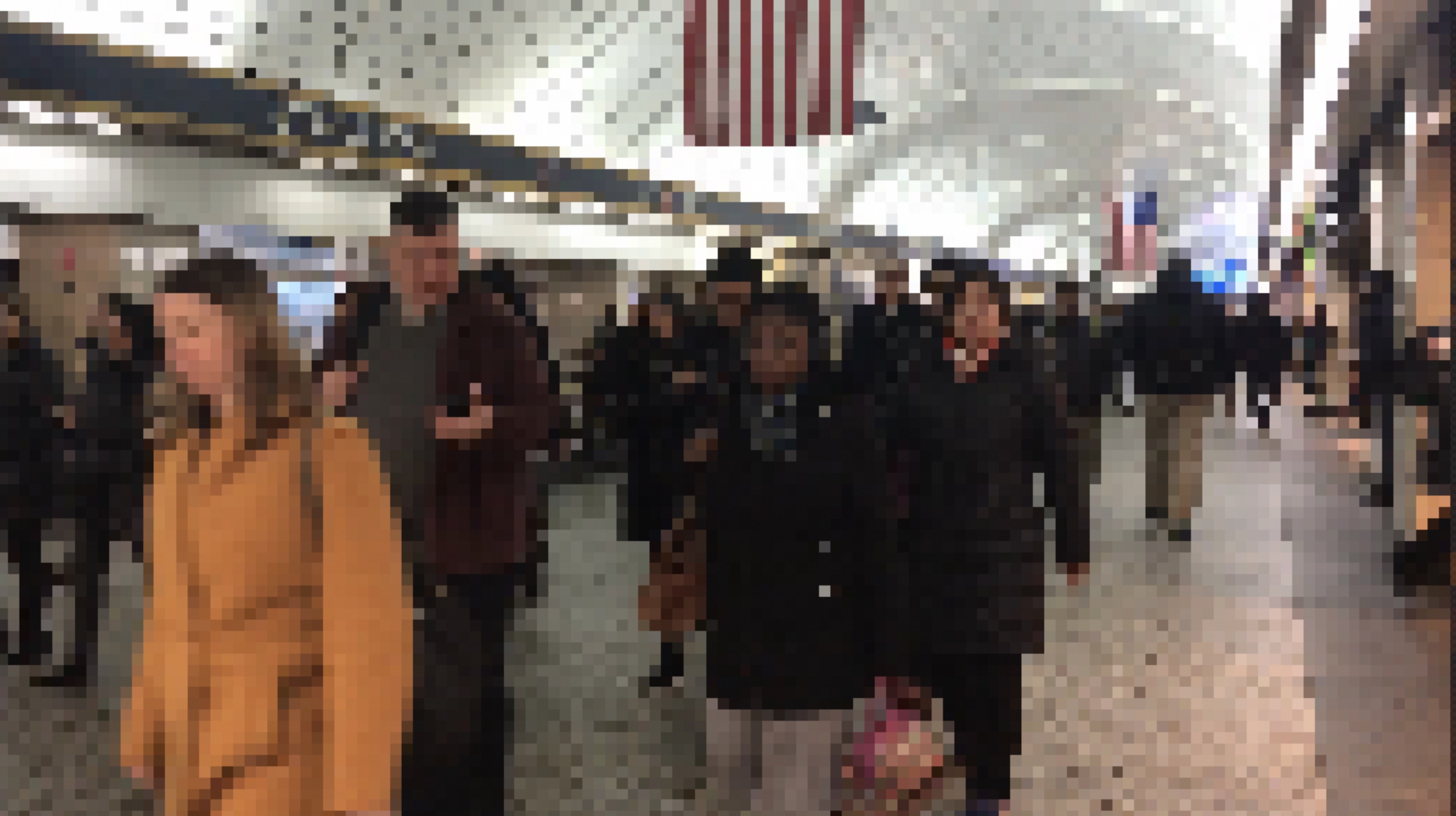 But if instead of standing still, I was walking through Penn Station at the same speed as everyone else, the rate would be double, or about 163 people / minute 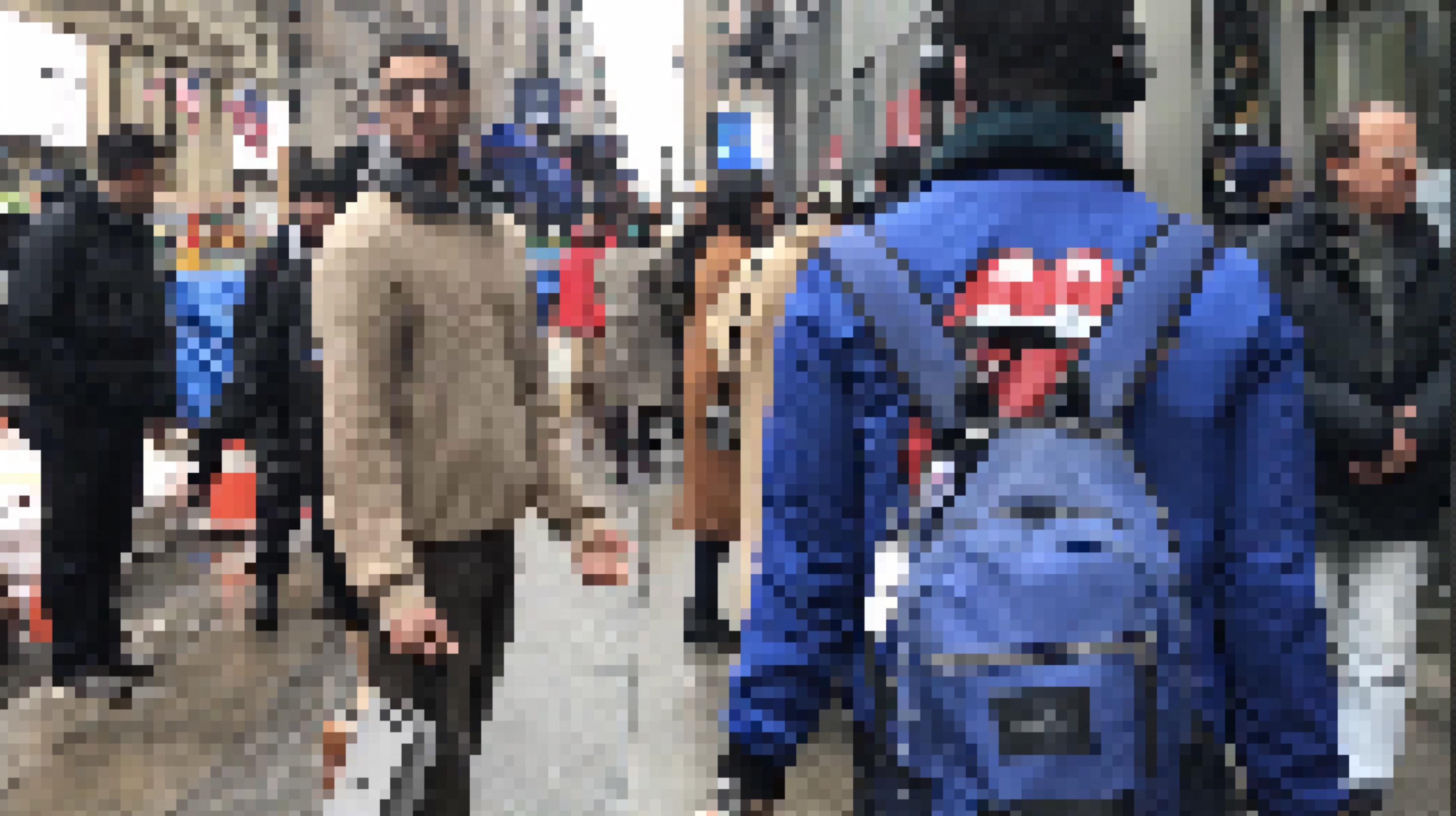 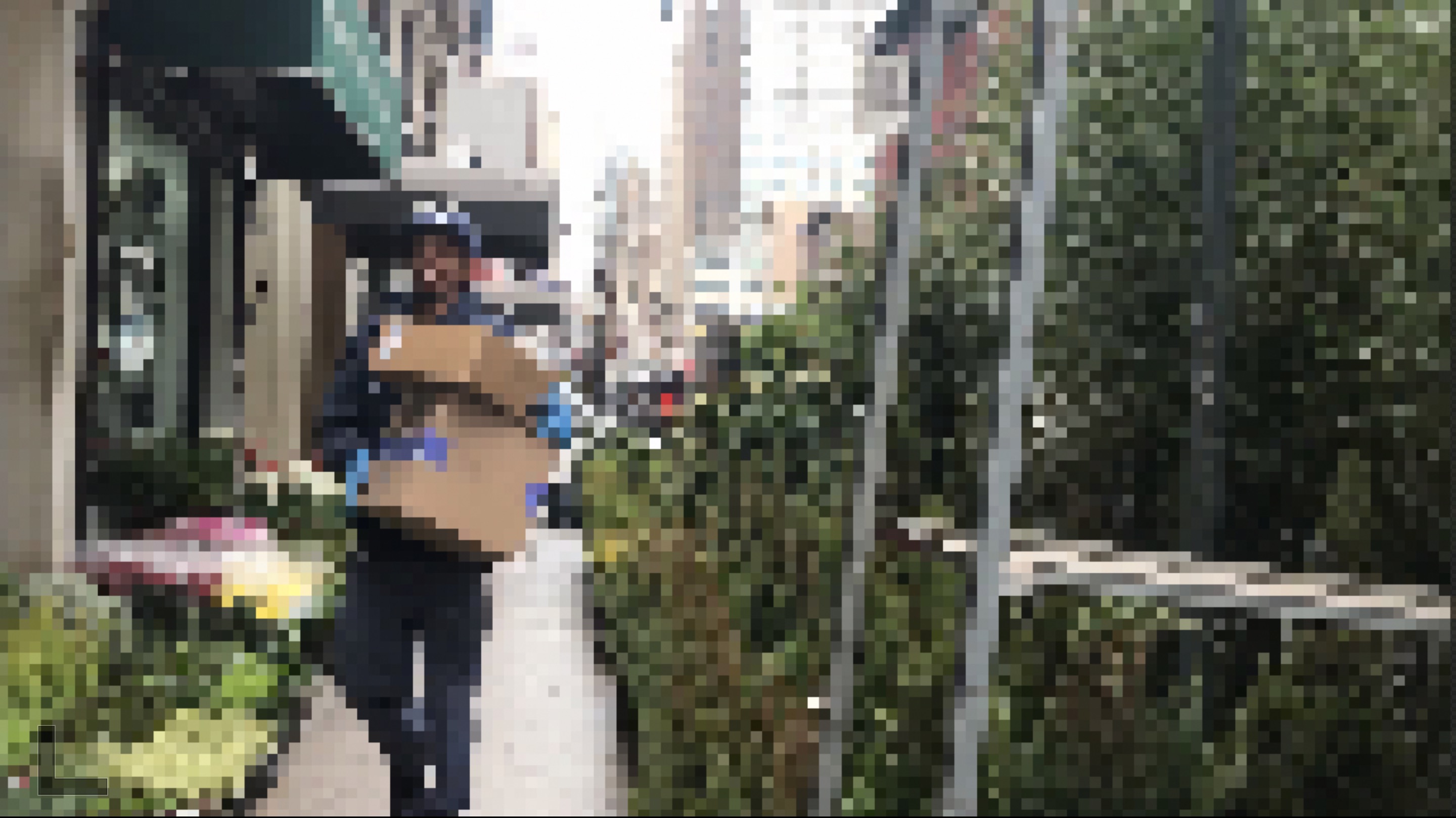 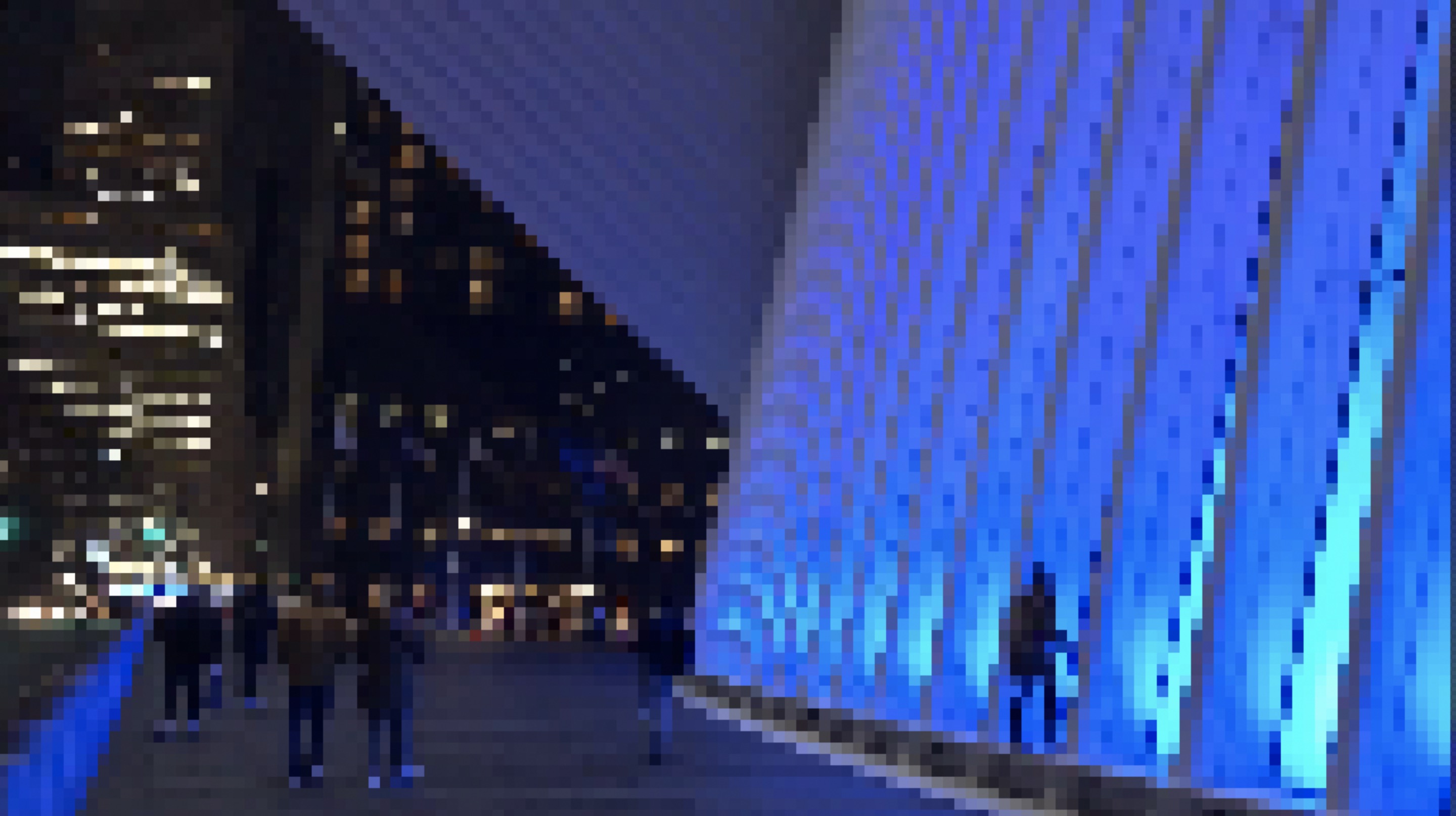 The rate obviously varies a lot! And while it could be over 150 people/minute in some of Manhattan’s busiest areas, let’s again be super conservative and assume that usually about 30 people/minute enter your visual field. If you spend a full day in the city, maybe you’ll spend 5 hours = 300 minutes outdoors. That would be 9,000 people you pass by in a single day.

Zuckerman, Andrew, "The Odds of Running Into Someone You Know in NYC (or a City of Your Choice)", January 28, 2020, http://andzuck.com/blog/nyc/